Bono, lead singer for the rock group "U2," performs during a concert in New York's Madison Square Garden, June 17, 2001. The band is nearing the end of it's North American tour and will be starting a European swing in early July. REUTERS/Jeff Christensen 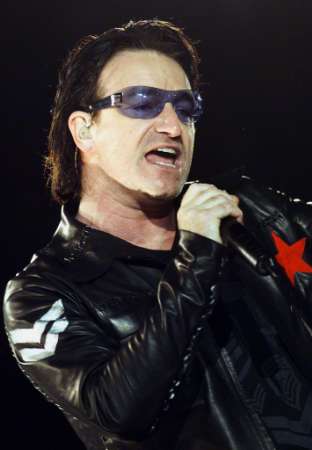