With band member Edge in the background, Bono of the group U2 performs at the Baltimore Arena in Baltimore, Maryland October 19, 2001. Bono and Edge will be joining many other performers at the "Concert for New York City," to be held at Madison Square Garden in New York on October 20. REUTERS/Molly Riley 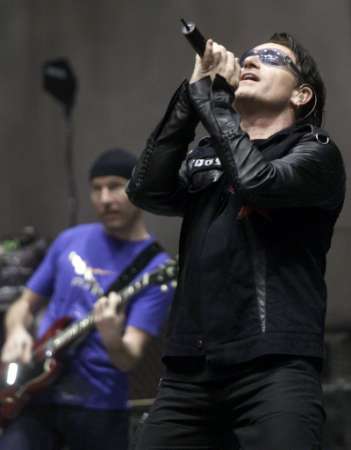