Bono of U2 gestures to the crowd during the We Are One: Inaugural Celebration at the Lincoln Memorial in Washington January 18, 2009. REUTERS/Jason Reed (UNITED STATES) 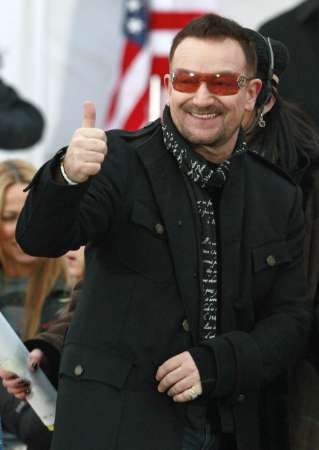