First pictures of the stage in Turin

Yesterday, we reported that the first truck had arrived in Turin and the 360° Tour stage would be constructed in the forthcoming days. Work has now begun on setting up the gigantic structure. The crew are hard at work covering the stadium pitch, and parts of the stage assembly have arrived on trucks parked at the stadium.

A good number of photos have been posted here on Facebook, of which the following two are samples: 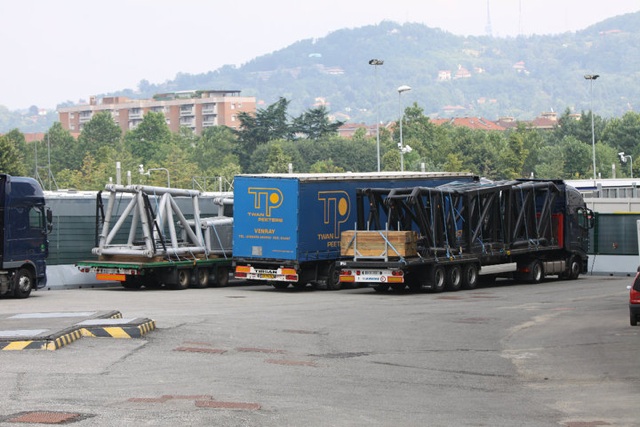 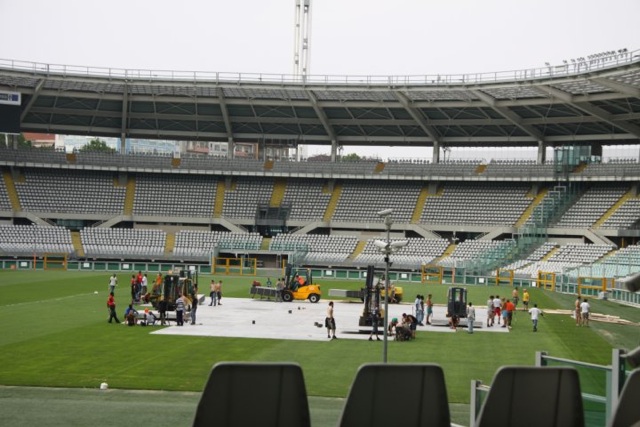