Work is proceeding apace in Turin on assembling the Claw and the rumours of U2 commencing rehearsals on Monday evening are unchanged.

Like yesterday, today's time-lapse movie on the stadium's webcam shows the cranes moving around within the venue. A fan, Cristian, who posted the first set of photos to Facebook a couple of days ago, has posted a few more. The link remains the same as before.

These new photos are not taken from quite as good a vantage point as some of the earlier photos were, but they are nonetheless tantalising for anybody who has been hanging out for live U2 after months of inaction and the North American postponement. For example: 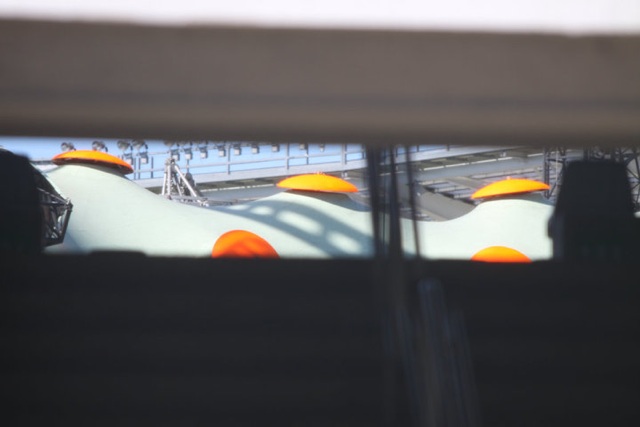