Bono and Edge on French TV

The Songs of Innocence promotional tour continued today with another acoustic performance on French TV show Le Grand Journal. Just like last Sunday's set on Italian TV, only Bono and Edge appeared for the interview and performance; Adam and Larry were not present on stage.

After a preliminary discussion with the show host, Bono and Edge performed "The Miracle (Of Joey Ramone)". The show continued after a short break with some more talk and another acoustic performance of "Every Breaking Wave" with Edge on piano. Below are some screenshots of the interview and a video of the performances: 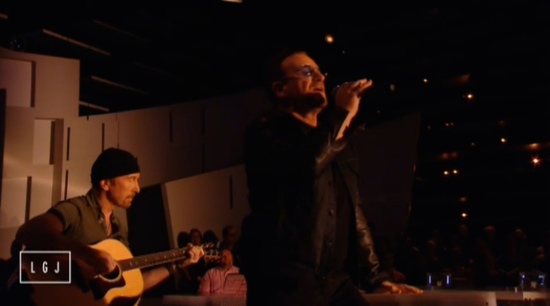 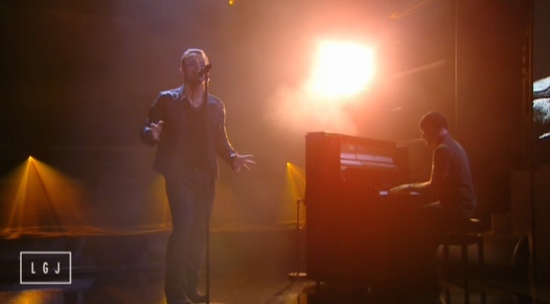 Our database entry for this performance is here.