Today's show was the second of two in Melbourne, and the last of U2's seven Australian shows. The band performed a stellar setlist that contained two very notable surprises: the first performance of The First Time since 2 March 2006 and the first performance of Bad since 12 February 2006. The band also performed Party Girl to celebrate seven very successful shows in Australia, and pulled it off significantly better than the performance six days ago in Sydney; Bono even observed that U2 "screwed up" the Sydney performance, but claimed it happened in Adelaide! Another surprise in the set was New Year's Day relinquishing its spot for I Still Haven't Found What I'm Looking For. Between Beautiful Day and Angel Of Harlem, Edge had some considerable guitar troubles, prompting Bono to ask "is Edgeworld blowing up?" Edge also made an embarrassing mistake at the end of the show, exclaiming "thank you, Sydney!" He then corrected this with "thank you Melbourne, Brisbane, Sydney, but especially MELBOURNE!" 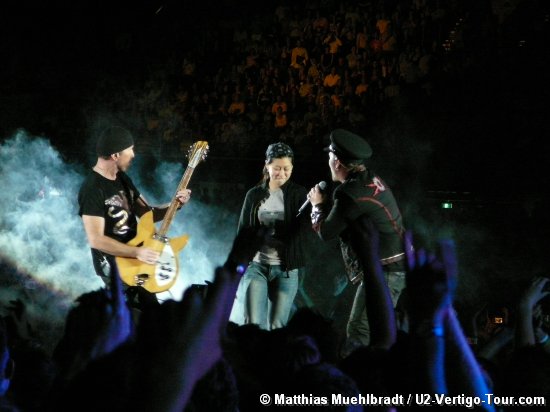