(Updated by Axver, 27/11) After an absence of almost thirteen years to the day, U2 finally returned to New Zealand and played a show full of tributes both to the country and to one of its sons, the late Greg Carroll. One Tree Hill was performed for the first time since 9 January 1990 and was played as a full band, electric version complete with the extended solo that Edge used to add live. A snippet of One Tree Hill was also added on to the end of Sometimes You Can't Make It On Your Own, and a Kiwi-related snippet found its way into Elevation when Bono sung some lines from Four Seasons In One Day, a song by a band that was led by Kiwi musician Neil Finn. On a different note, the two men sitting below the stadium sign in Macphisto's previous post did not endure a lengthy wait in vain as they were fortunate enough to end up directly in front of Bono during the show. The Auckland queue turned out to be very well organised, better than anything experienced in Australia; the crowd were lined up in the shelter of the Supertop, essentially a big tent, beside Mount Smart Stadium. 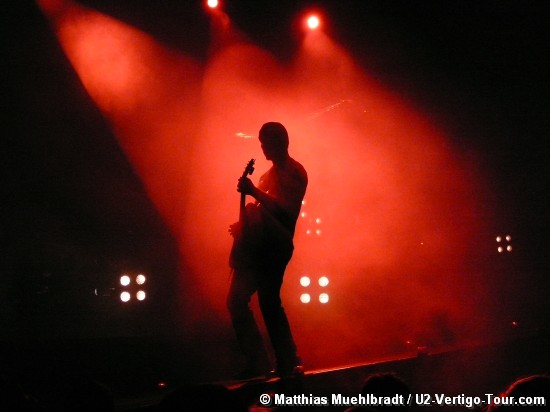