At today's second concert in Saitama, U2 continued to shake up the setlist. Possibly the most notable surprise is the return of All I Want Is You, which hadn't been performed since 2 March 2006. It regained the position it had held at a few South American songs as concert closer. After songs from Rattle And Hum being almost totally neglected in the earlier stages of the tour, this is the first show since 1 September 2001 (the Slane DVD show) to feature three songs from Rattle And Hum. In other news, The Saints Are Coming was cut for the first time on the fifth leg, making way for Window In The Skies. The First Time was played for just the second time on the fifth leg, and Love And Peace Or Else was left out again, this time making way not for Bad but for One Tree Hill, which continues to remain in the setlist post-Auckland and has moved to the main set after two concerts as the closing song. Furthermore, for only the second time this tour, the "shine like stars" verse was added to the end of With Or Without You (the first instance was 11 October 2005, New York). 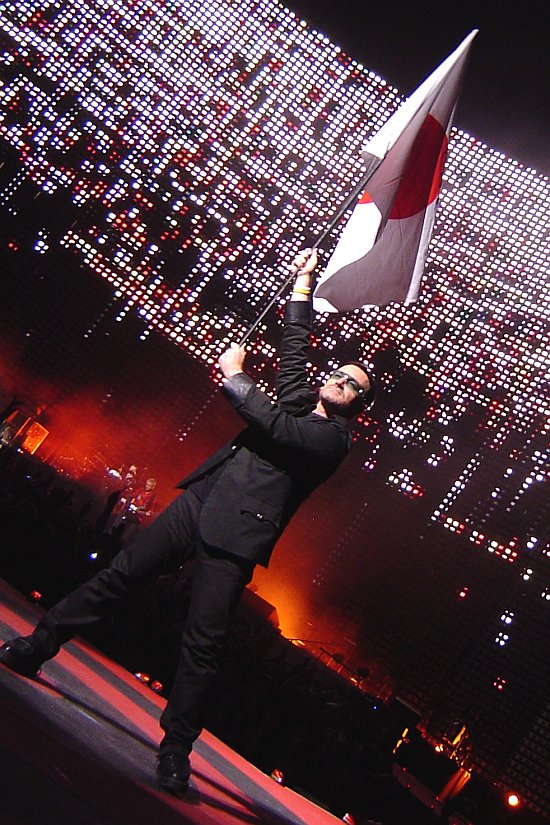 Photo by Chas Pope. Click on image for more photos from the show.