Remarkably, at the second Toronto show, U2 played a setlist that, in terms of songs played (not time on stage), is the shortest of the tour so far. However, despite the lower number of songs in the setlist, the concert featured the return of Bad, which was rarely played on the first leg and only performed once in Europe, at the third Dublin show on the 27th of June. During Bad, Daniel Lanois joined the band on stage and they played an extended version of the song.

The full set was: 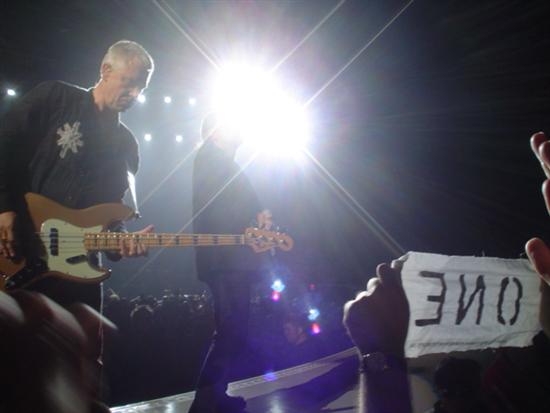 Photo by John S. (click on image to see more)