Tonight, U2 performed their fifth and final concert in Chicago, Illinois on the North American leg of the Innocence + Experience tour. Chicago is the second city on the tour, along with Inglewood, California near Los Angeles, in which the band have played five shows. 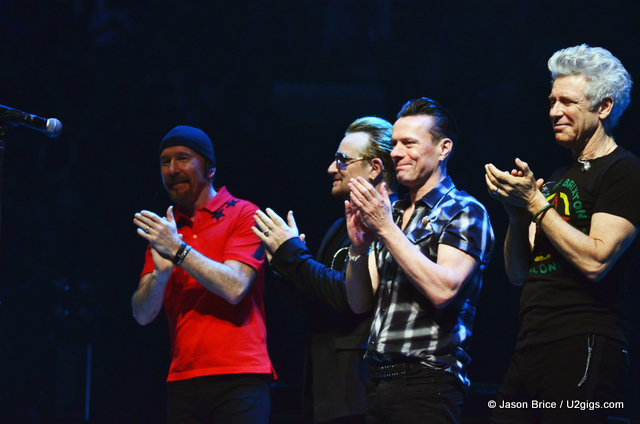 One of the big surprises in the setlist was the return of California, which has not been performed in over a month. It had only previously been played twice on the tour, and had missed fourteen shows since its most recent appearance on 26 May. The other big surprise was Gloria; it had missed only one show, but this was just its second performance in roughly a decade.

A number of other songs also returned to the set after absences. Ordinary Love was played after missing three shows; it is the only song to be repeated in the two E stage rotational slots across all five Chicago shows. Bad returned after missing two shows and continues to feature a very lengthy Moment Of Surrender snippet - the only representation of the No Line On The Horizon album yet this tour. Chicago is the first city on the tour to receive two performances of Bad. The show ended with 40, back after missing four concerts.