Here is the rumoured South American itinerary reputedly on the verge of announcement, via @U2Chile (in Spanish): http://bit.ly/5NHrX1

Folks, a South American leg of 360 might be announced today. Rumour is April 2010, gigs in Brazil, Argentina, Chile.

I assume U2.com means tomorrow, Tuesday… that would mean the presale will follow the usual pattern.

2010 Turin and Rome shows have been added to U2.com and presales begin TOMORROW. U2.com still haven’t learnt anything.

@atu2 I’m sure you’ll understand if I trust ticket agencies more than I trust U2.com, the haven of wrong setlists, incorrect venues, etc! ;)

@atu2 Wouldn’t call it a rumour when the ticket agency itself confirms it. Also, Rome is 8 October, not 10.

@golden254 Looks like Mexico will be announced soon, not 100% sure about South America though.

U2 to visit Italy in 2010: Although not yet on U2.com’s tour page at the time of writing, Italian ticketing age.. http://bit.ly/6ncXgS

@Kim21012 Nope, at this stage it doesn’t look like there will be any Dutch gigs.

RT @gambit_rex In the tiwtter of the Estadio Azteca says that the Mexico’s presale is 5th dec. by TicketMaster

At the Rock Hall gig last month, Bono snippeted Because The Night over B Day’s outro. Added to set. Thanks Chris for the tip!

Thanks to 2 Heathers, we’ve confirmed Elevation, 2001-04-10, Calgary had no Creep snip. It does have a Home On The Range snip. Set updated.

@U2start I guess during the band’s downtime, Universal have nothing better to do than go after the people who love U2’s music.

U2 to visit San Sebastian in 2010: Rumours have been flying for a while that U2 would play more than just one S.. http://bit.ly/5F48QR

San Sebastian gig has been confirmed for 26 September 2010!

@atu2 …but yes, everybody seems to forget the charity festivals. Not just Tibetan Freedom. How about Live 8, just four years ago!

@DreamOutLoud65 It’s not a rumour this time. It’s happening.

@u2miracle In the US as well?

BTW, I can’t watch the Rose Bowl videos from U2official on YouTube anymore from Germany due to copyright limitations in my country!? Matt

Watch them while you can. We got two more vides banned today. One more and the account will be shut down by YouTube.

Despite my skepticism, it’s true - U2 to play Glastonbury Festival, headlining Friday 25 June 2010.

@marcelogcs Not yet. South American rumours now indicate Oct/Nov ’10 again; if so, I doubt they will announce it this year.

@u2wanderer I’m wondering if some 2nd gigs won’t be announced until 2010. Not everybody’s rushing to buy tickets 7 months in advance.

Second show announced for Montreal: After the first show in Montreal (16 July 2010) sold out within 20 minutes,.. http://bit.ly/6DWqc1

Wonder if Oakland is going to get a 2nd gig or not? I’m kind of surprised one hasn’t been announced yet.

Press release from RFK Ripple Of Hope Awards indicates that the only song Bono performed was Redemption Song: http://bit.ly/2MKTjq

Bono performs with Wyclef Jean: Today, the Robert F. Kennedy Center For Justice And Human Rights has honoured B.. http://bit.ly/3457Ax

I swear this really will be my last comment for the night. Montreal press release: http://bit.ly/1I4cAv (thanks @u2hibby!)

Of course, there goes U2.com, announcing the presales just as I refresh for the last time. Guess I’ll mainpage that, THEN sleep.

Alright, this is Ax signing out, since it’s stupid o’clock in Melbourne. If any more news breaks, Matt will handle it. :)

By 2019, U2.com will be proudly touting imminent ticket sales for the War Tour.

At this rate, next tour, shows will go on sale unheralded, then U2.com will announce “tickets went on sale yesterday” …

And yes, that East Lansing presale starts tomorrow too. Advance notice really does mean nothing to these people.

Presale info for East Lansing isn’t yet on U2.com but it is on Ticketmaster. It’s the usual pattern: http://bit.ly/2BoMB2

Via @jpstarkey, 2009-09-21, Boston soundcheck also had Elevation and The Unforgettable Fire. Added to database. Thanks!

@Matkin22 I’m still working on cataloguing all instances of Hear Us Coming… had to put it on hold lately due to studies.

Date for aforementioned Minneapolis show is probably 27/06/10, or at least in the gap between Edmonton and East Lansing.

Announcement of a U2 concert in Minneapolis “may” only be a few days away, folks…

@jaimearodriguez Yeah, the spokesman said probably Madrid or somewhere in the Basque Country.

On 27/10, a Live Nation spokesman claimed a 2nd Spanish gig location would be known in 10 days - well, we’re still waiting!

RT @atu2 Good article about cameras at concerns, w/lots of U2 mentions: http://bit.ly/JPn6z

@RangerPete61 As long as tickets are still available for the first show, I don’t see NYC getting a second.

I (Ax) can’t be the only person who thinks it’s absolutely ridiculous that U2.com announces presales less than 24 hours before they start.

Second show for Anaheim plus ticket sale information for Philadelphia & Seattle: The first show scheduled for A.. http://bit.ly/9O3wZ

@sloop Yep, Seattle public sale is on 16/11. Updating the site to reflect that now.

Alex W has kindly provided us with the prev unknown set for 2 Oct 80. The printed set does not incl the encore. See: http://bit.ly/2KldAS

Finally here is Vertigo from the Brandenburg Gate gig: http://bit.ly/ZpmoD Thanks to FANTIE for sharing it with us.

Some more footage from yesterday is now available from terrorsittich: http://www.youtube.com/u…

From the Alps to the Rimutakas: Zurich and Wellington in 2010?: Whether you live in Switzerland or New Zealand, a couple http://url4.eu/hh0m 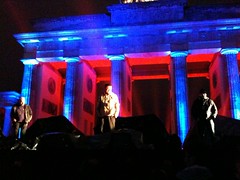 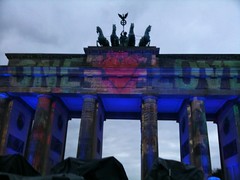 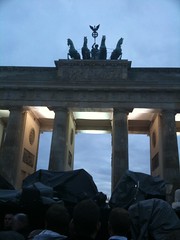 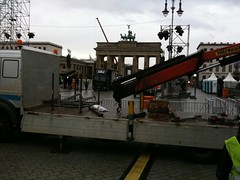 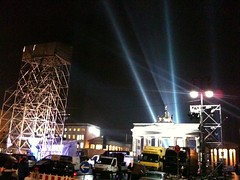 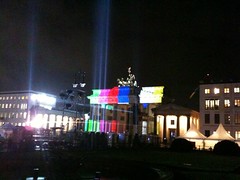 I uploaded a YouTube video — U2 stage at Brandenburg Gate http://bit.ly/11LXYH 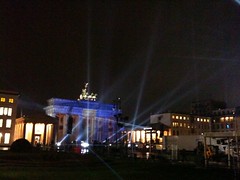 Snippetwatch, Rock Hall of Fame gig: Thanks to numerous people for the tip, added snip of The Promised Land to Still Haven’t Found.